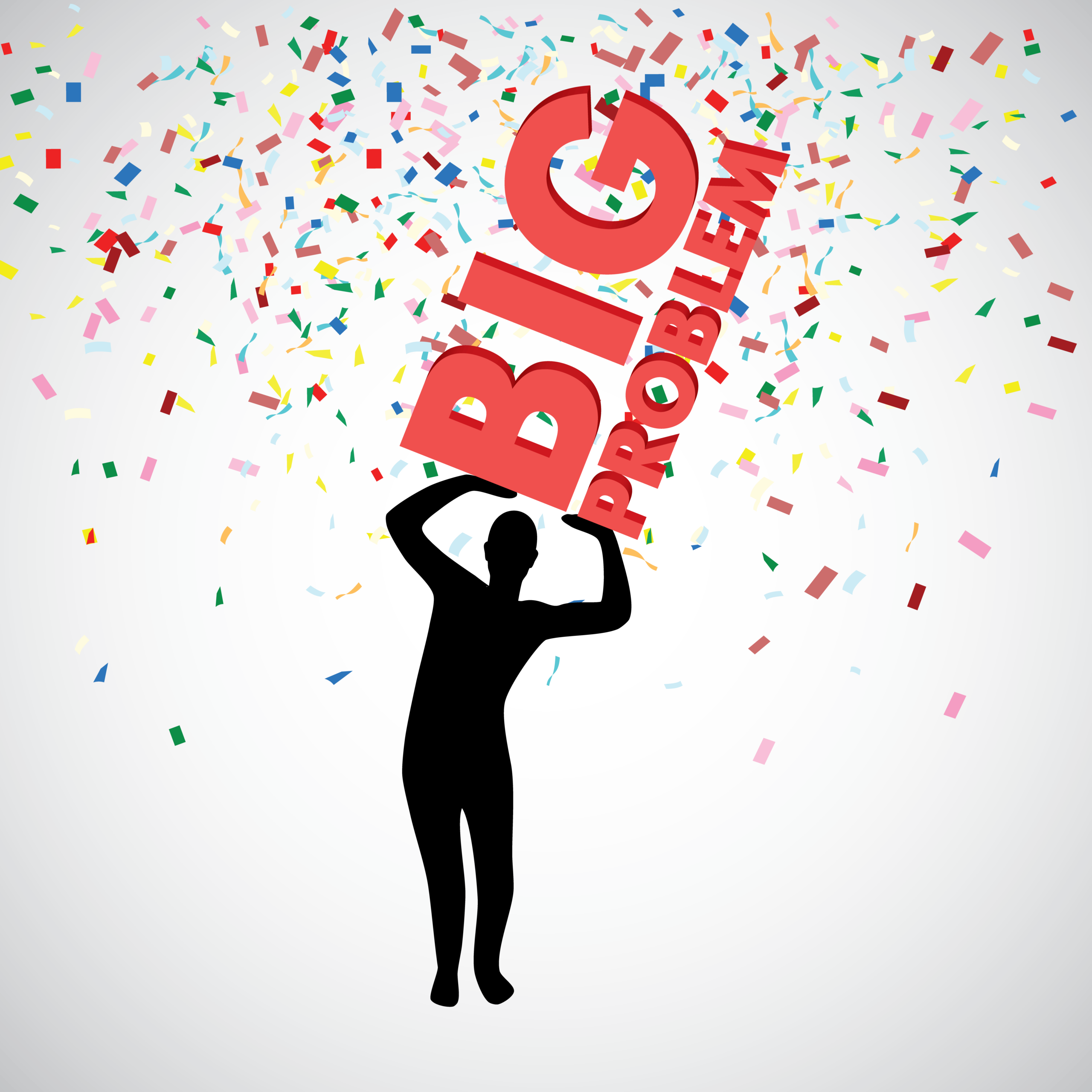 One of our students at City Elementary loves to collect tiny papers. What is a tiny paper? For him, it could be a gum wrapper, a scrap of paper, or a little circle from a hole-punched sheet of paper. And while this sounds like a pretty harmless interest to have at school, it was becoming a problem.

Anytime this student saw a tiny paper he would immediately want to collect it. You can imagine during an art lesson, for example, that there may be dozens of tiny papers generated. As soon as he saw a tiny paper he would grab it and go to put it in a bag he uses to store them. We tried to ask him to wait until the end of the lesson, but he could not wait. This definitely presented a challenge with focus and work completion. He would also repeatedly ask other students if they had any tiny papers to give him, which would interfere with their work.

What seemed like a fun hobby was turning into a frustrating experience for everyone. He is a bright, verbal student – but no matter how much we tried to talk and reason with him the problem did not get any better.

One of the first thoughts the team had was, “Why don’t we just not allow him to collect tiny papers at school?”. But as we talked more it became clear that this strategy had the potential to backfire. Completely removing the opportunity to engage in an interest could be very disruptive and cause him to perseverate on it even more.  Also he loves tiny papers, and it didn’t seem fair to take that away from him completely because he was having difficulty managing it.

Another idea was to use tiny papers as part of a behavior plan. For example, if he had good behavior for a certain length of time he could earn tiny papers. But creating a connection between tiny papers and good behavior seemed artificial and not very meaningful. And again, we were potentially limiting access to a favorite activity which would most likely be frustrating for the student.

So instead we opted to create a visual to explain the “rules” around collecting tiny papers. You can see the support we made below. 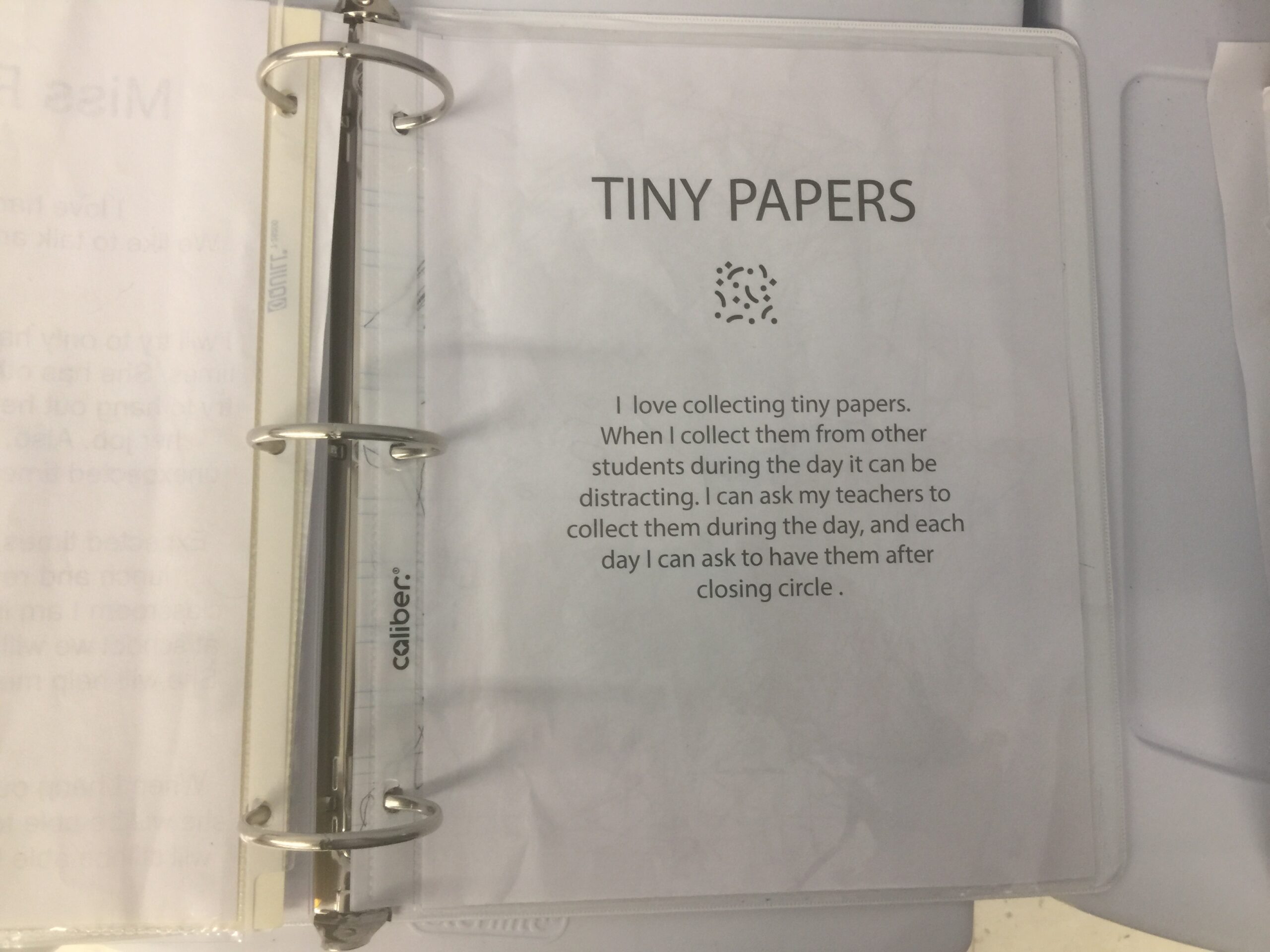 There is a often a great power in using visuals with diverse learners. Like all of us, these students have an impossible amount of information to keep in their heads. Another rule, like when I can collect tiny papers, can get lost and forgotten among all the other noise. Have you ever tried to remember a grocery list in your head? Whenever I get past four or five items I start forgetting what I need to buy. And what do I do then? I write it down. It takes all the pressure off having to keep it in my head. Creating visuals for diverse learners takes the pressure off trying to have to remember important information. Visuals are clear and unambiguous. It is always there as a reminder, unlike the words we speak which are fleeting.

Even though I have created thousands of these visuals over the course of my career, there is still a magical feeling of it seeing something so simple work so wonderfully. And as you can see, All of our students have a binder with there important visuals. We’ll be sharing what is inside of them in our future posts!.Until then, create some visuals for your students and take the pressure off!